Kinmount United Church is an example of an architectural style of the era, known as balloon framing. The present day church building was built by volunteers of the Kinmount Presbyterian Church of Scotland in 1867. These volunteers from the congregation used building materials from the local sawmill (Craig and Austin). This simpler framing method made it easier for settlers, farmers, and others, not trained in joinery of timbers, to quickly construct simple dwellings with lumber and nails as opposed to timber frame or braced framed. The Kinmount United Church building reflects this simple construction type.

The bell tower and church bell were donated by John Hunter in 1907.

There have been services in the community for 158 years, using local congregational members’ homes. On September 7th, 1859, Rev. William S. Clark delivered the first service with twenty members in attendance at the home of John Hunter. The church building has held continuous church services for 150 years. This building is the oldest, publically used building in Kinmount and may be the oldest building in the community. As the first church building in Kinmount, arrangements were made to make use of the only church facility in the community. On Sundays, the Presbyterians and Methodists used it in the morning (at different times) and the Anglicans and Baptists used it in the afternoons (at different times). These denominations also shared summer Sunday school picnics and sporting events together.

Information from diaries kept by early ministers, namely Rev. William S. Clark and Malcolm Stanley Lehigh highlight the importance of this church building and its congregation to the early years of Kinmount.

Today’s congregation continues to be active within the community through volunteering and participation in local activities and organizations. According to Rev. Clark’s accounts (1861-1876), the family names associated with this first congregation included the following: Dettman, Henderson, Kenettle, Scarlett, Molyneaux, and Butts. Today, descendants of some of these original families can still be found in the area.

Kinmount United Church sits atop what was known as “East Hill’ so, it would be considered a landmark to many of the local people. For the past 150 years, Kinmount United Church has maintained its original character. There were two major renovations done in 1944 and 1978. A washroom and kitchenette were added in 2006. Visually, both the exterior and the interior of the church reflect times past with few hints of modernization. Within the church, donated items in memory of loved ones exist. Examples include the pulpit (1922), altar chairs (1922), stained-glass window (1923), manual Bell pump organ (1923), and a communion table (1924).

The contents within the church reflect the traditions of the church over the years. This building has functioned as a church but it also served as the first school in Kinmount. Rev. Clark and Mrs. Clark took on the role as teachers. Other uses for this church building included concerts, political debates, community meetings, and council meetings.

Kinmount United Church remains as an excellent example of a radically different type of construction, namely balloon framing. Throughout the years, the integrity of this church building has been maintained and preserved by its members. Although other outbuildings, such as an outhouse, a drive shed (horses and buggies) and horse tie-ups have disappeared over the years, the original church building remains as a reminder of the importance of faith to small communities- past and present.

When the United Church of Canada was formed in 1925, the Presbyterians joined the United Church. The building consequently became the home of the newly formed United Church congregation in Kinmount. The adjacent manse was built in 1898. Kinmount had its own minister until 1950. For the next eight years, the church was served by clergy from Minden as well as supply ministers.  On January 1, 1958, Kinmount became part of the Coboconk Pastoral Charge. There were four churches in this charge- Burnt River, Coboconk, Kinmount and Norland. In January 2006, Kinmount United Church became a single pastoral charge and continues this designation today. The Church building was renovated in 1944 and 1978. Interestingly, a manual pump organ, purchased in 1923, is still used occasionally to provide music prior to worship services. 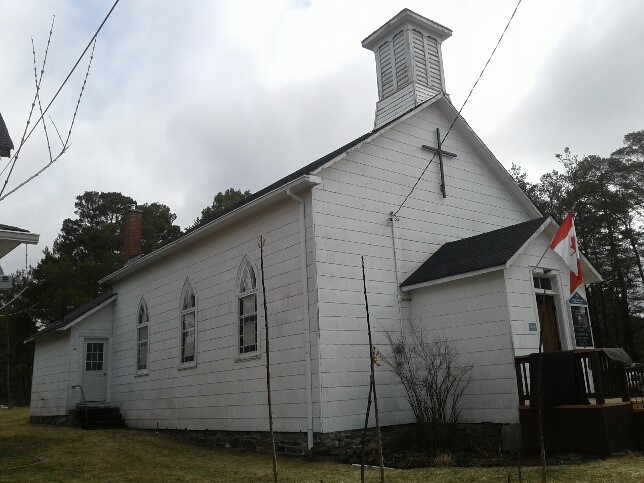 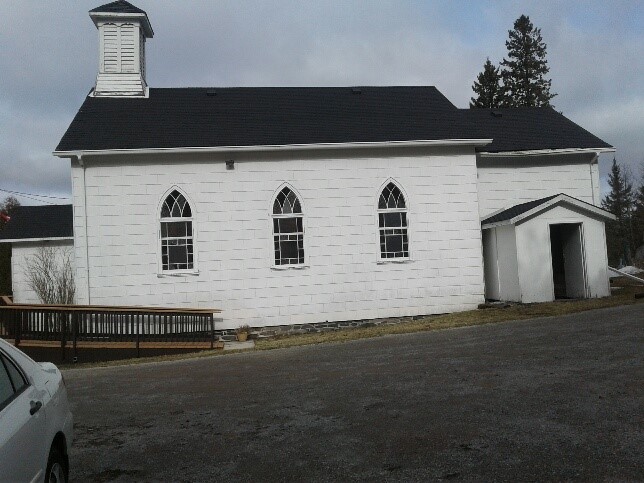